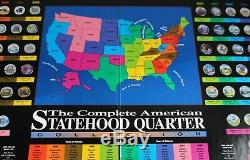 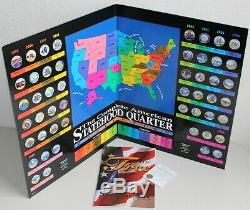 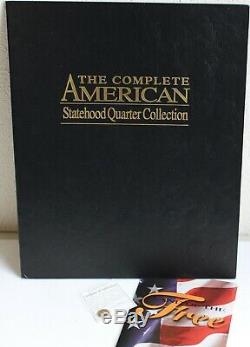 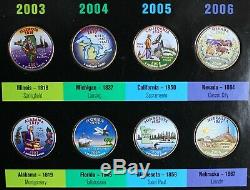 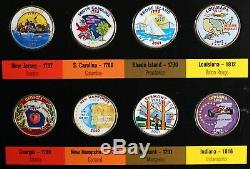 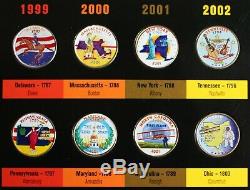 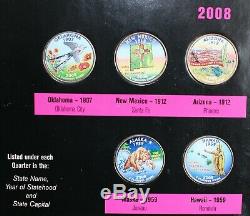 The Complete American Statehood Quarter Collection that features quarters from all 50 states that have been painted. This set has never been handled and is like new. Originally offered by the American Historic Society. The set is assembled and complete. The coins are beautiful colorful colorized coins.

The 32-page booklet lists interesting biography of each of the 50 states including the state bird, flower, capital, largest city, date it became a state and much much more. The folder is quite largemeasuring 15 by 24 inches open.

This item is in the category "Coins & Paper Money\Coins\ US\Quarters\State Quarters (1999-2008)". The seller is "wintercoins" and is located in Lyons, New York. This item can be shipped worldwide.