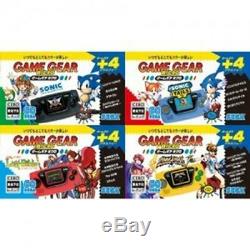 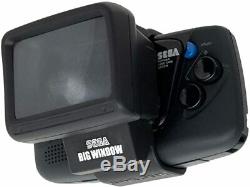 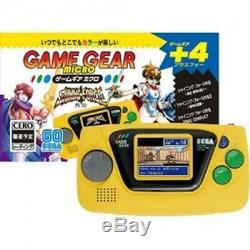 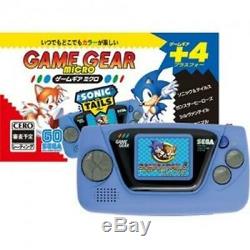 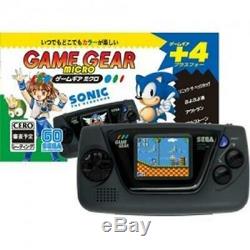 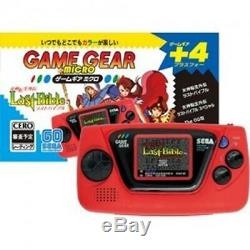 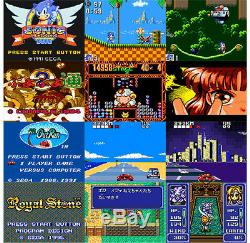 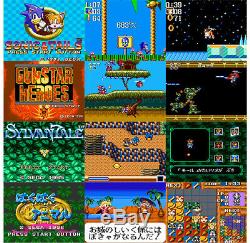 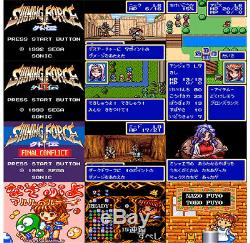 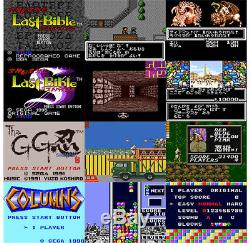 Please refrain from canceling after your order. "Game Gear" was the only portable game console in Sega's history.

It was loved by game fans all over the world as a pioneering color LCD mobile hardware. In commemoration of the 30th anniversary of the release of such game gear, it will be revived as a "playable mascot" that fully condensed its charm. The size of the main body is a little smaller than 40% of the original! Simultaneous release of 4 color variations, each incorporating 4 different games. Sonic, Puyo Puyotsu, Shining Force, and Megami Tensei are revived on a 1-inch monitor.

You can decorate your room or play until you clear the game. Next to Mini is "Game Gear Micro"! -30th anniversary Memorial Day, scheduled to be released on October 6th. Return as a mascot where you can play game gear! The handheld game console "Game Gear" with color LCD is back as a "micro" mascot smaller than the mini!

Approximately the same design as at the time, just as small as a tablet candy case. 1 inch monitor and various buttons can actually play the game. In addition to running on two AAA batteries, you can also play for a long time using a USB cable. 4 color variations, 4 kinds of masterpiece games each recorded. There are 4 main body colors available: black, blue, yellow, and red. Each has four built-in masterpiece games of the time. As with Megadora Mini, it also has an interrupt save function, so you may be able to see the ending of that game that could not be cleared at that time?

Red: Megami Tensei Gaiden Last Bible, Megami Tensei Gaiden Last Bible Special, The GG Shinobi, Columns. Mega drive mini production staff reunited! The production staff of the "Mega Drive Mini" mini-game console, which was the start of Reiwa, reunited for this project. We have achieved a high degree of perfection as a miniature toy that allows you to play games even though it is small. Is still in charge of the software part. This time as well, we have provided great fun that cannot be thought of as a micro size, with reproducibility and perfection that have been carefully selected.

Audio output: Monaural speaker, 3.5mm stereo headphone jack x1. AAA batteries and USB cable are not included in this product. To use this product, you need two AAA batteries or a commercially available USB cable (MicroB type) and a USB compatible AC adapter. You can enjoy the game software recorded with this product. You cannot download the game or plug in the game gear software to play.

And please understand what we can. You can return item in 30 days after receiving an item. These charges are the buyers responsibility.

·We do not mark merchandise values below value or mark items as gifts - US and International government regulations prohibit such behavior. Listing and template services provided by inkFrog. The item "Game Gear Micro 4 Color Complete Set Big Window Micro preorder d177" is in sale since Thursday, June 4, 2020. This item is in the category "Video Games & Consoles\Video Game Consoles". The seller is "raikim_0" and is located in Hyogo.

This item can be shipped worldwide.