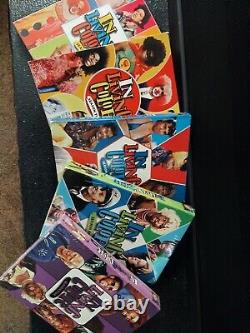 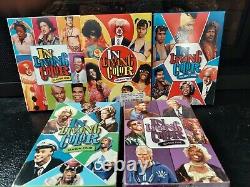 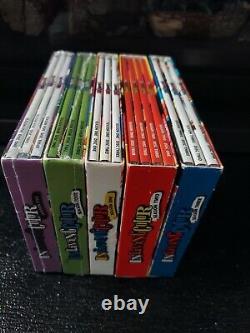 IN LIVING COLOR was a groundbreaking sketch comedy show, created by Keenan Ivory Wayons and featuring a wildly talented cast including Jim Carey. IN LIVING COLOR signalled a shift in the way comedy was to be presented when it hit the airwaves in the 1990s. With a multicultural cast geared toward a genuinely diverse audience, the irreverent jokes roasted everyone: white, black, Asian, gay, straight, no group was exempt.

With skits like "Men On Film, " involving an effeminate pair of movie critics, the convict clown Homey D. Clown, " and the maniacally accident prone "Firemarshall Bill, the show was uproariously funny in an way that had never previously been seen.

The series also kick-started the careers of such unknowns as Jim Carrey and Damon Wayans, and the group of dancers who performed between skits included Jennifer Lopez; choreography was often provided by Rosie Perez. This is a COMPLETE SET! Seasons one through three are opened and viewed once. Seasons FOUR AND FIVE are unopened- manufacture sealed.