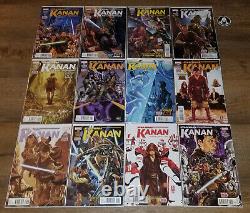 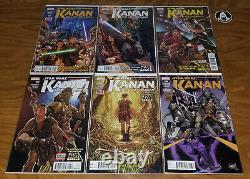 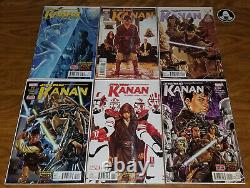 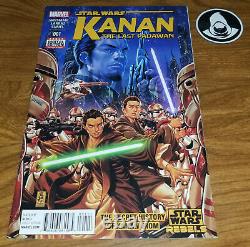 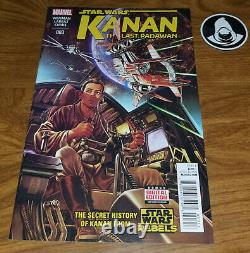 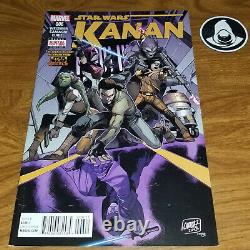 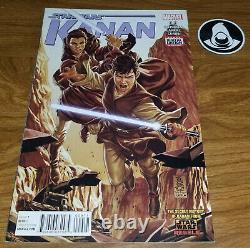 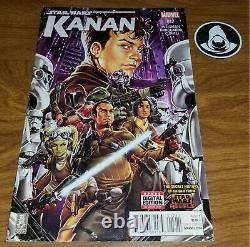 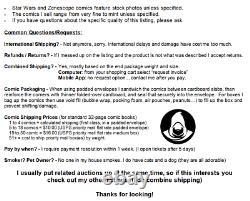 Star Wars: Kanan Complete 12-issue Series from Marvel Current-size Bags & Boards included. This listing is for all twelve issues in the Kanan series Events in this series take place three years after The Phantom Menace. All 1st printings published April 2015 through March 2016 Star Wars: Kanan is a Star Wars comic series centered on Kanan Jarrus, one of the protagonists of the Star Wars Rebels TV series. The two arcs in this series are The Last Padawan (issue 1-6) and First Blood issues 7-12.

The Last Padawan takes place during Order 66, while First Blood depicts Kanan's first foray into the Clone Wars. Discover how Jedi Padawan Caleb Dume became Kanan Jarrus, the cocky, sarcastic renegade hero of Star Wars: Rebels! As Caleb trained under Master Depa Billaba, neither one of them ever suspected that their "loyal" Clone Troopers would turn on them upon the issuing of Order 66 - the Emperor's directive to execute all Jedi. How did Caleb Dune escape the Jedi purge? Then, journey even further back and experience Caleb's very first adventure as a Padawan, protecting the Jedi Temple alongside his new Master.

As they head towards the furious Battle of Mygeeto, they'll face one of the deadliest threats in the entire galaxy - General Grievous! Bridge the gap between the Clone Wars and Star Wars: Rebels! The item "Star Wars Kanan lot, 1-2-3-4-5-6-7-8-9-10-11-12 complete set, 2015 Marvel Comics" is in sale since Wednesday, December 15, 2021. This item is in the category "Collectibles\Comic Books & Memorabilia\Comics\Comics & Graphic Novels".

The seller is "houseosborn" and is located in Bedford, Ohio. This item can be shipped to United States.